Forgot password Extend Verify Contact Signup Login
/377
/377
<  123...32  >
Data was last updated May 16, 2022 at 05:05 AM (UTC)
This website may only be used by consumers that have a bona fide interest in the purchase, sale, or lease of real estate of the type being offered via the website. The data relating to real estate on this website comes in part from the MLS® Reciprocity program of the Toronto Real Estate Board. The data is deemed reliable but is not guaranteed to be accurate.

Milton, located in Southern Ontario, is one of Canada’s fastest growing towns. With a fast-developing population, a supportive and cohesive municipal government, and a its location, Milton is Canada’s pinnacle for a business development.  In 2015, Milton turned into named Canada’s Best Place for Business. Milton has a number of recreational activites which is perfect for the whole family, including campsites, conservation parks, and trails. Popular activities include hiking the Bruce Trail, and skiing and snowboarding at the Glen Eden Ski & Snowboard Centre located in the Kelso Conservation Area. 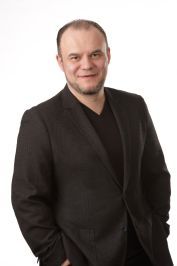 The trademarks REALTOR®, REALTORS®, and the REALTOR® logo are controlled by The Canadian Real Estate Association (CREA) and identify real estate professionals who are members of CREA.

The trademarks MLS®, Multiple Listing Service® and the associated logos are owned by The Canadian Real Estate Association (CREA) and identify the quality of services provided by real estate professionals who are members of CREA.